Jennifer Wake shares about her experiences with saying no to God in this week’s Worship Wednesday. Can you relate? Saying No To God

Here I am having another tantrum. , stomping my feet. Saying “no” to God.

Surely I am the only 50+ year old who stomps her feet and has tantrums. Ok, so maybe I don’t physically stomp my feet because that hurts my hips, but I am extremely good at metaphorically “stomping my feet” at God over news from the military. I suspect we’ve all been there. Maybe you received orders to deploy or PCS. Or the board results don’t make sense. Perhaps medical challenges changed everything. I work myself into a tantrum over a lot of things beyond my control.

I also “stomp my feet” over things I know I should do, but resist. Like when God asks me to do something like studying an idea or a book; many times I will try to avoid it. I will say later or I can’t right now, but he keeps sending people to suggest the idea to me.

Recently God brought the Book of Job to my mind.

He revealed it to me little by little. The first hint was an article on Facebook that referenced Job. I realized I had never studied Job. I brushed the idea aside quickly. A few weeks later, God brought up Job again in a Bible Study I was leading. All through fall, like a song that gets stuck in your head, God’s refrain was Job. I thought, “Ok, I will study that later.” But then I became frustrated with God’s continual prompting. I began by stomping my feet, then moved into a full-on tantrum, which included saying “no” to God.

Fast forward to the following spring. Since I was taking a long trip, I did not want to commit to leading a study. Instead, I volunteered to be the backup to a teacher. Each teacher is encouraged to have a backup teacher to help her. I figured that would mean I could avoid studying Job until the fall, at least.

The lady selecting the Bible studies asked me to help a teacher who has young kids. The added complications of the Coronavirus made a helper a necessity for her.. I said, “Sure. What is the study?” Can you guess? Yep, you guessed it, Job, a Story of Unlikely Joy.

God just doesn’t take “no” for an answer.

God’s plan for me includes studying Job. Why? I didn’t know. But finally, I obeyed… It reminds me of when God asked me to learn about Sabbath right before yet another move.

The very moment I stopped my tantrum I heard this song Yes & No on the radio. I find I fight against God’s YES or NO. I want my plan rather than God’s plan. Once I give in and accept God’s plan is better, the real work begins. God must laugh at me, because, even at my age, I still think I know best.

Here at Planting Roots, we are looking for military women willing to step out in faith and join our ministry. Is God encouraging you to be brave and step out in faith? Stop fighting God and join him in his work.

Be encouraged to say yes to God! Listen to Yes & No by David Dunn 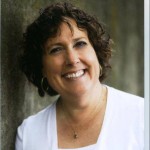