If I seem like I am writing a great deal about parenting lately, it’s because…well…I am. I can’t help it. It is where I’m living right now. In a season of teenagers, my life these days looks a lot like it did when they were toddlers. Yup. Teenagers and toddlers…they have a lot in common.

Now, don’t get me wrong, I have loved both the toddler and teenage years. They are both glorious in their own right and I have great affection for each of them. But let’s face it, with the often shocking amount of raw emotion and not a whole lot of self-control or common sense, they are looking comically similar these days.

It actually makes me laugh. Humor and perspective are a rare commodity as a parent and I think we have to capitalize on them when they show up. When I have perspective enough to remember that God can turn even the hardest and messiest seasons into seasons of even greater revelation and growth, well – that’s always a good thing.

Interestingly enough, I need frequent reminders that what looks a lot like failing and floundering may actually be the process of flourishing.

Isn’t that what He does?

Think about Simon, son of Jonah, the disciple later known as Peter. So much confidence. So much gusto and passion. So much determination that he knew what was best. (I might actually have a “Peter” in my house, too! Lol!) Watch how Peter’s learning curve begins to shift:

“From that time Jesus began to show his disciples that he must go to Jerusalem and suffer many things from the elders and chief priests and scribes, and be killed, and on the third day be raised. 22 And Peter took him aside and began to rebuke him, saying, “Far be it from you, Lord! This shall never happen to you.” 23 But he turned and said to Peter, “Get behind me, Satan! You are a hindrance to me. For you are not setting your mind on the things of God, but on the things of man.”

Ouch. Peter was in the process of becoming who God intended. He just wasn’t there yet. And as he stomped his feet in defiance of what Jesus declared would happen, Jesus warned him of the failure that would come to define, and then gloriously redefine, everything he knew about himself, and His Savior. Jesus warned him of what was coming, but he didn’t stop it from happening. Jesus always sees further than we can. He knows the lessons that are hardest won are also the ones that tend to make the greatest lasting impact.

Ok, confession: Sometimes the hardest part of parenting for me is allowing my children to fail.

How many times do I inwardly (or outwardly) wish that they would simply do everything I tell them to do? (Deep sigh…) The truth is I want them to do that because, in my mind, it will keep them from heartache, suffering, injury, or…failure. I don’t want to witness their hurt. I don’t want them to be broken.

But here’s the thing…God can do the most amazing work within that which is most broken.

I know this to be true for me. I have experienced it. Now, I am recognizing that it is true for my children, as well. Sure, it is my job to teach and instruct, advise and guide, but even more than those things (and perhaps even more important) I recognize that sometimes I just need to get out of the way to let them learn (and hear) what He is teaching them. Some lessons may only be captured on the other side of suffering. I am inwardly cringing, even as I type that last sentence, but it is true.

I know suffering and heartache are a part of life. I just don’t want it to be a part of theirs. But I also recognize that Jesus doesn’t waste a single moment, hard or sweet, to reveal Himself to His beloved.

Truth is, I want my children to have a deep abiding relationship with Jesus more than I want them to be comfortable.

Check out the words that Jesus chose to say to His disciples right after His hard conversation with Peter:

24 Then Jesus told his disciples, “If anyone would come after me, let him deny himself and take up his cross and follow me. 25 For whoever would save his life will lose it, but whoever loses his life for my sake will find it. 26 For what will it profit a man if he gains the whole world and forfeits his soul?”

You know what really comforts me in this really uncomfortable conversation? Remembering the conversation (and great promise) that Jesus spoke over Peter BEFORE Peter tripped over himself. Jesus asked his disciples a question, and Peter got it right.

“Who do people say that the Son of Man is?”

“Simon Peter replied, “You are the Christ, the Son of the living God.” 17 And Jesus answered him, “Blessed are you, Simon Bar-Jonah! For flesh and blood has not revealed this to you, but my Father who is in heaven. 18 And I tell you, you are Peter, and on this rock I will build my church, and the gates of hell shall not prevail against it.”

Sometimes while we (or our children) are on our way to flourishing (understanding who He is and who we are in Him), the Lord sees fit to make failure or suffering a part of that process. I’m so thankful that He doesn’t leave it there. His promises are as true for our children as they are for us. We can rest in that truth and space, sweet friends.

So, today, if you are finding yourself in a season of parenting that is hard or painful, and you are feeling a bit unsure of where the process is leading, join with me in praying HARD for the revelation and promises of Jesus to reveal themselves and resonate deeply within the hearts of our children.

Then take a step back and ask the Lord to give you courage to trust Him beyond where you may see Him working just yet. But rest assured, He is working. His faithfulness and His love never fail. Never.

The song I want to share with you today is from Elevation Worship, entitled, “Your Promises.” This song just makes me smile from ear to ear. It’s long, but worth the time to listen well. It is a wonderful reminder of the goodness and hope He has already spoken over each of us, including our children. And though we or our children may experience failure, suffering, and hardship as we walk out this life on earth, His Promises and His great love never fail. Not for us. Not for our children. Never. Such a good reminder today…

With joy for the journey,
Sarah 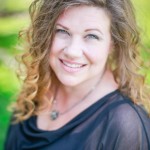