I was elated. My Prince Charming was taking me to Disneyland. As we rode the shuttle to the park, another couple sat down nearby us, and the wife and I made small talk. I learned that her husband had just retired from the Army.  As a newly minted member of the special group that is the Military Wife, I was thrilled when she asked what branch Stephen was in.

“The Air Force,” I beamed proudly. Memories of the last two years flashed through my mind. It hadn’t exactly been a walk in the park, but it was a story I was happy to call my own. We’d been separated during his AFMBT and a grueling tech school. Though we’d gotten legally married soon after his tech school graduation, we’d lived in separate states for four more months until our official wedding. Five months later, we were in the midst of preparing for our first PCS and another TDY separation. It was our story, and I was proud to share it.

Instead of the kind, congratulatory response I usually received from the more seasoned wives at our base, however, she replied, “Oh, so he has one of those cushy jobs.”

She then smiled smugly, proceeding to tell me all the things her husband had gone through while he was in the Army. I felt my face flush. Whether she meant them to or not, her words hurt me deeply. What I really heard was, “Your struggles weren’t real. You don’t have anything to be proud of. My husband is more of a man than yours, and that makes me a better wife.”

Now, let me state that I’m proud of my husband. He works to God’s glory in all he does. He takes his mission seriously, and he swore to give everything if it was asked of him, just like everyone else who wears a uniform. But her words did hurt, and though I’m familiar with the playful rivalries between the branches, what she said continued to echo in my head weeks later. If I hadn’t compared myself to other military wives much before, I sure did after that. I found myself often wondering, Does our separation even count? He’s never been deployed, so can I ask others for help? I bet the other wives think I’m weak, just like that woman at Disneyland. Somehow, it was as if my worth suddenly depended on whether Stephen’s job made my life difficult or not. I began to feel ashamed when others asked about our story.

It was freedom to remember that neither my worth nor my husband’s worth depended on military ranks or any stations we might hold in life, but rather on how God values us. And God has quite a bit to say about how He views His children. Interestingly, none of it has to do with how many times one’s husband has been deployed.

2 Corinthians 10:12 says, “….But when they measure themselves by one another and compare themselves with one another, they are without understanding.” According to Paul, it’s pointless to compare ourselves with others. Even worse, it shows a lack of understanding of who we really are as God’s children, a far cry from what the daughters and sons of the King should be contemplating.

Furthermore, God makes it clear that it’s my duty as His daughter to be submissive to His plan for my life. Proverbs 16:9 says, “The heart of man plans his way, but the LORD establishes his steps.” I may think that my husband needs a certain rank or that I need a certain position in my career, but God’s way will ultimately prevail. And it will ultimately be better than my plan. Jeremiah 29:11 is a promise to Israel, but I also believe it speaks to the believer. “For I know the plans I have for you, declares the Lord, plans for welfare and not for evil, to give you a future and a hope.”

I’ll admit that I still struggle with comparing myself and my journey to others. Her husband has deployed three times in two years. She didn’t knock over her coffee cup in front of the general. Her husband can’t call her because he’s behind the wire. By God’s grace, however, I’m learning to focus on where God has me here and now. I’m not supposed to live the lives of the other wives. I’m supposed to live mine, and in that life alone, will I be drawn closer to Christ. And in the end because of God’s indescribable grace, all that will matter are the words that Christ has earned for me, “Well done, good and faithful servant.”

When she’s not writing fantasy, Brittany Fichter writes about her experience with neurological disorders, education, and faith on her website, “BrittanyFichterWrites.com” She’s a Las Vegas native, and earned her elementary education degree from the University of Nevada, Las Vegas. She’s had articles published the magazines such as, “The Old Schoolhouse,” “Kids’ Ark Magazine,” and “The Autism Notebook.” Brittany lives with her husband, spoiled black Labrador, and up-and-coming baby girl wherever the Air Force has most recently placed them, and is currently working on publishing her first novel, Before Beauty: A Retelling of Beauty and the Beast. 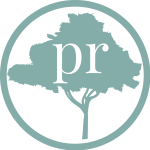