Shellie Kelly is the wife of a retired military officer. As she has traveled the world with her husband, she has served in significant leadership positions in Protestant Women of the Chapel and worked for the US Government as a Financial Management Analyst in the Office of the Chief of Chaplains (Army) and at the Garrison (Ft. Rucker, AL).

She serves Planting Roots as the Finance Manager and delights in resourcing the ministry, turning God-given visions into reality and glorifying God through the process. Shellie has been involved with Strength Based leadership and is a Gallup Strengths Performance Coach, and an Engage Your Strengths Faith Performance Coach. She has had the privilege of training military spouses all over the world in leadership and Strength-based courses.

Shellie lives with her husband Garrick, in Huntsville, AL. They are the proud parents of two: Joshua, a Captain in the US Army and Megan, and proud grandparents of Ana, Samuel, Daniel, Matthew, and Noah.

Shellie can be reached at finance@plantingroots.net 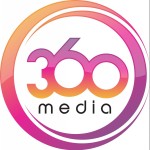 Living Out Empowerment Through Our Identity in Christ Finding Empowerment Through Identity in Christ