In this week’s Monday Minute, Rachelle shares with us the power of unlikely battle buddies. Who has God placed in your life for you to encourage? It was the second week of January in Fort “Lost in the Woods” Leonard Wood, MO. We were wrapping up the training cycle with an FTX (Field Training Exercise) with our final task, the gas chamber.

I was a five-foot, seven-inch city girl with no fear matched with the most unlikely battle buddy who was five-foot, one inch from rural southern Missouri afraid of her own shadow. Many times over the nine weeks of basic training I asked, “Why me, God,” as she struggled with some of the physical challenges. Just as I am sure she screamed in her head many times, “WHY ME, God,” as we did flutter kicks, because I was talking when I wasn’t supposed to be. And somehow the drill sergeant interpreted my demeanor as an attitude.

Together We Can Do It

Through many of our physical challenges, I can remember encouraging my battle buddy that she could do it…that we could do it. Just as she encouraged me when we crawled through the dirt with critters all round that we could do it. But this final challenge was different and I had no idea why, until Buttercup (my term of endearment for my unlikely battle buddy) donned the gas mask and immediately started to hyperventilate. It took us all day and until the last call but “WE” did it.

“Two are better than one, because they have a good reward for their toil. For if they fall, one will lift up his fellow, But woe to him who is alone when he falls and has not another to lift him up! Again, if two lie together, they keep warm, but how can one keep warm alone? And though a man might prevail against one who is alone, two will withstand him–a threefold cord is not quickly broken.”

This verse has been my battle cry for my entire military life, both as a soldier and as a military wife. God has sent me my “two” also known as my “six” with battle buddies who lift me up every step of the way. Many of them more mature and further along in the journey and others a few steps behind me on this road.

The idea of unlikely battle buddies reminds me of Ruth and Naomi.

I know, we don’t often think of Ruth and Naomi as battle buddies because of their age difference and their relationship, but I assure you after 1,814 miles of travel, they were more than mother and daughter-in-law.  They were friends. And they were mentors and mentees. They were unlikely battle buddies.

Two women placed together in a most difficult time of their lives (the loss of their husbands) that forged a friendship, a love for one another that desired only the best.  Does that sound familiar?

Just like Ruth with Naomi, a battle buddy encourages, shows compassion, and dedicates herself to another’s wellbeing.

When I look back over my many duty stations, I fondly remember my battle buddies. Some younger, some my age, some more mature, but all were encouragers who showed me compassion and dedication. Look around you, search out women you connect with, then spend time with and learn from them.

Read: James 5:16 tells us to confess our sins to one another and pray for one another, that you may be healed. The prayer of a righteous person has great power as it is working.

Read the book of Ruth and see the many ways they had each other’s six.

Respond:  Confess your sins to one another. Pray for one another.  Be an “INTENTIONAL,” even if unlikely, battle buddy to anyone who God has placed beside you during this season.

Heavenly Father, we thank you for the friendships you create for us that carry us through challenging times. We thank you for the friends who are willing to reap when we are too weak.  We ask that you give each of us the strength to be reapers for others. Give us the courage to reach out to build these connections with other women. And Father, we ask you to shine your grace and love for others through each of us. Amen.

Are you in search for your battle buddy?  Michelle Hieb gives us tips in her blog post, “Finding a Battle Buddy“.

Michelle Hieb and Tonya Gutting lead us in prayer for our battle buddies on their Sunday Prayer features, “For Godly Battle Buddies” and “Prayer for Spiritual Battle Buddies”. 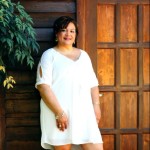 Rachelle is the Marketing Team Lead for Planting Roots. She is an Army veteran, Army wife and mom or two boys. She has been a financial counselor in the military community for over ten years, a residential planner for nearly 20 years, a speaker and aspiring writer. She is passionate about helping military women create a lifestyle full of “ABUNDANCE.” Connect with her on Instagram @rachellesamone. Rachelle loves adventure and travel. She currently resides in North Carolina with her husband Chris and their fur baby,Jack. She loves football and is a Cowboy and Missouri Tiger fan until the end. MIZ… By wisdom a house is built, and through understanding it is established; through knowledge its rooms are filled with rare and beautiful treasures. Proverbs 24:3-4

When Past Sins Haunt You

What Crouches at Your Door?

Rise Up from Difficult Family Situations When You are Apart