For this Christmas edition of Women of the Word Wednesday, we are taking a look at the women who came before Jesus, the unnamed mothers of Christianity. There is a popular tradition to read the lineage of Jesus Christ from Matthew 1 at Christmas time. Four women (aside from Mary) are listed in this particular genealogy of Jesus. These women are Tamar, Rahab, Ruth, and Bathsheba. While these women are often discussed in Christianity, we will not focus on them today. Instead, we want to focus on the women who were unnamed.

So who were these women that came before Jesus?

For every “is the father of” listed in Matthew 1, there is a woman who birthed and raised that child. These were the every day women of Israel. The Israelites were in and out of military conflicts throughout the Old Testament.  Eighty-eight battles are mentioned in the Old Testament.  The women who came before Jesus were born into a military culture. Their people were either in a war, under oppression from foreign rulers, or dealing with the fallout from these situations. Aside from growing up during these wars, these women would have married the soldiers who fought in these battles. While we might assume that the women picked up the workload when the husband left, most women worked alongside their spouses during this time.

The women of the Old Testament had more freedom than women in the New Testament. We can see women owning property (Proverbs 31:16), worshiping in the sanctuary alongside men (Psalm 68:25), and are included in the Mosaic covenant (Deuteronomy 29:10-11).

Women essentially moved into the private sector at some point during the Old Testament but before the start of the New Testament. During the New Testament time period, Israel was under Roman rule, which meant Roman patriarchal rule was the law. It was challenging for women to run a business, own property, participate in legal matters, or make financial decisions on their own, if at all.

Between Roman rule and Tzniut (a framework for modesty that comes from the Talmud), it is easy to see how women could have slipped into the background of society.

That is a fact. What do we do with it?

We could become frustrated with the Bible or God for not naming women alongside men. Alternatively, we can look at what this means for us as women today.

Virginia Woolf wrote, “For most of history, Anonymous was a woman.”

Between the cultural realities of the time and the inherent sinful nature of human beings, women have largely been left out of the conversation in Christian history.

They have been anonymous.

However, that pattern does not have to continue. As part of the body of Christ, we must look back in history at those women named and unnamed. We must then learn from their actions and tell their stories.

Their testimonies matter to bring glory to Christ’s name.

Your testimony matters to bring glory to Christ’s name.

Women have a rich history and a valuable place in the Christian military community.

It is time to tell our stories.

Heavenly Father, thank you for the women who came before Jesus. Thank you for allowing us to see the good fruit produced by those who were not named. Give us strength to work for your harvest. Amen. 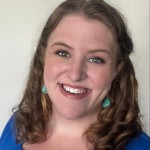