On today’s Woman of the Word Wednesday, Kelli shares the story of Deborah, the judge, prophetess, warrior, and mother in Israel. Deborah is the only woman judge named in the Bible. She courageously led the Israelites to defeat many enemies. During her tenure as judge, Deborah demonstrated outstanding leadership as the Israelite military commander and allowed others to step into their leadership roles.

The book of Judges follows Joshua, where the Israelites entered the promised land. Judges 2:7a says, “the people served the Lord all the days of Joshua.” However, their legacy failed to continue once Joshua and the elders passed. The Lord instructed the Israelites to drive out all the inhabitants of the land, and they disobeyed. Rather than drive the tribes out, they opted to live among them in Jerusalem. The Israelites enslaved the people, disobeying the Lord’s command.

In his anger, the Lord allowed the Israelites to fall into the hands of their surrounding enemies. In their despair, the people cried out to God. He had mercy on them and raised up judges to save them. Unlike the judges we know today who preside over judicial courts, judges in Bible times were military leaders sent to lead and deliver the Israelites during the time between Joshua’s leadership and King Saul’s rule. At this point in history, however, the stubborn people did not listen to the judges. The people were corrupt and needed a strong leader.

The prophetess Deborah is named the fourth judge over the Israelites.  Jabin, king of Canaan, was in control of the people of Israel. God allowed this because of their continued disobedience. After 20 years of cruel treatment under Jabin’s rule, the people cried out to God for help. God raised up Deborah to deliver the Israelites out of the hand of Jabin. However, she knew she could not do it alone. She needed an army. Deborah called on a man named Barak to assist her. She boldly asked him in Judges 4:7-8, “Has not the Lord, the God of Israel, commanded you, ‘Go, gather your men at Mount Tabor, taking 10,000 from the people of Naphtali and the people of Zebulun. And I will draw out Sisera, the general of Jabin’s army, to meet you by the river Kishon with his chariots and his troops, and I will give him into your hand’?”

Barak agreed to go, only if Deborah would be at her side. She reassured him that she would go with him, clearly stating that the Lord would hand the enemy over to a woman if she went. Deborah had faith in God and remained beside Barak, empowering him to lead.

Deborah and Barak, along with 10,000 troops, marched to Mount Tabor. There they met their enemies and destroyed them all but Sisera. He fled to the tent of Jael, the wife of Heber. Little did he know, he ran into his death. Jael hospitably invited him in and gave him milk. He rested. While asleep, Jael drove a tent peg through his temple, then ran to tell Barak. With the commander dead, the Israelite army pursued the king and destroyed him.

Deborah and Barak sang a beautiful song of victory. In the verses, she blesses the Lord and sings praises to his name. Then Deborah gives credit where it is due. She professes the courageous acts of the 10,000 Israelite troops and blesses Barak for his boldness in leading. In humility, Deborah describes Jael as a wise princess who stomped on the enemy and honored her for her obedience.

During a tumultuous time in Israel’s history, Deborah bravely led the Israelites to victory against the Canaanites. She encouraged Barak and reminded him of his purpose, as well as God’s presence. Deborah honored Jael, calling her “most blessed of women” for her bravery as the commander of Jabin’s army approached her. She expressed gratitude for the commanders willing to lead the people. Deborah knew it was risky to lead the Israelites, but she trusted God would be with her. Her example as a leader is one we can look to and see that she was a selfless servant unto the Lord. Like the promised Holy Spirit, Deborah pledged not to leave her troops and remained faithful. Dear Heavenly Father, thank you for the example you gave in Deborah. Thank you for choosing women to lead. May we sing “March on, my soul, with might” as Deborah did, knowing you are by our side. You are worthy of all the praise. Amen. 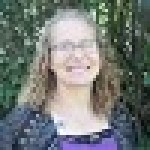 Born and raised in small town Oklahoma, Kelli Baker joined the Army at the young age of 21. She met her husband while serving at Fort Meade and the two have been married for nine years. When they decided to start a family, her uniform and paratrooper boots were tucked away while she began washing cloth diapers and taking care of her newborn son. Now, six years later, their family has grown and the four of the Bakers reside in Georgia. Thankfully, the military has given her the opportunity to earn a Masters of Arts in Organizational Leadership and a Masters of Science in Finance. However, Kelli discovered her true passion for encouraging and inspiring women when she began leading praise and worship at her local Protestant Women of the Chapel. This ministry has allowed her to step outside of her comfort zone and really see the power of the Lord working through her. In her free time, Kelli enjoys baking and biking, along with gardening and spending time outdoors with her two children. She dreams of one day authoring her own devotional book that not only encourages women, but supports women in their relationship with the Father. Kelli can be contacted at kelli.writer@plantingroots.net.