We are thrilled to share this PCS Christmas story written by Tonia Gutting to encourage all our military women facing a move mid-holiday season.

Yes, my husband asked me. And yes, I agreed. It had seemed like an o.k. idea back in the fall.

But now the realization of not one Christmas tradition being upheld while on the road sent me into all stages of grieving within the hour. Bless the Army’s little heart, we had a winter move. Doing a friend’s wedding the day after Christmas held the promise of some snow in Pennsylvania’s hills instead of the Sandhills of Fort Bragg, North Carolina, which were more sand than hills and no snow. We couldn’t get home, nor could we get a home at our new duty station, so why not? Seize the day! Except, not Christmas day.

As usual, I hadn’t thought this through particularly well. My husband realized we needed the car space, so gifts were opened a couple nights before in a small, moldy military lodging room that smelled of dog beyond our dog. After the excitement, the kids mournfully packed the gifts back up for storage until we returned. No decorations. My man could only take so much Christmas music in the car. We arrived in the dark to a little town of Pennsylvania–not Bethlehem–to find a Super 8 with a window facing a tired gas station. Only a skiff of snow tried to cover the accumulation of the fall’s soot. I can’t remember if everyone else was crabby. I just know I was.

This was not how Christmas Eve was supposed to be.

Christmas Eve, in my world, was supposed to be the most holy night of the year. You are supposed to go joyfully but reverently to a church service and light candles and sing. Then you go to your home, eat soup and cookies and sit around the fire with hot chocolate and the excitement is supposed to build till you can’t stand it and you lie in bed awake half the night.

But on this eve my man herded us back into the car and onto the highway to a rocking diner/bar, its very neon sign an obnoxious beacon into the grey night. It was loud and busy. The young waitresses draped their arms over the old men’s shoulders, laughing loudly at their old jokes. The old men cheerfully handed out large-bill tips.

I perfected my scowl through the burgers and shakes, but no one seemed to notice the grinch in the corner. I refused to acknowledge the community in this truck stop Christmas Eve ‘church.’

By Christmas morning it became apparent I should have been more grateful for the now-closed diner. We trudged across the parking lot to the gas station for breakfast and lunch. Let’s see, hot dog or microwaved burrito?

An Unexpected Invitation during a PCS Christmas

As the day wore on, our friends realized we were already in town. They hadn’t expected us, weren’t planning on us. They were staying with her sister but she was fine with it so would we come to dinner? No really, they always have room for extra guests. Truly, they’d love to have us.

So we herded back into the car and drove through the dark streets, dark windows, closed doors. But we found the open door at the top of the hill in a 3-story Victorian with light spilling out the windows.

Of course, there were swags and lights and a perfect tree. The kids took off with new friends to rooms full of toys. The fire warmed what had been cold for days. The other guests were a mix of several facets of our host’s lives–the old widower who was their neighbor before moving to the nursing home, friends from church, one of their employees.

As we sat down at the old oak table, the gift further unwrapped itself.

We found our hosts were owners of the local bakery–chefs who loved food, who planned and practiced and perfected for this performance. Courses paraded out from the antique behemoth stove. The meal took hours and proved so much more than it was supposed to be.

You can draw several morals from the story. That Christmas isn’t about my golden cow traditions, that I need to be flexible, or that I should trust God when He puts me someplace. Or even that I shouldn’t let a move happen until after December 25.

But don’t miss the most obvious one: that a selfish, undeserving, crabby stranger with nothing to give is invited to the extravagant, opulent, overflowing table. From the shepherds at the manger to the thief dying beside Him on the cross, this is what Jesus did His whole life. He invited the unlovable to the feast (Mark 2:13-17).

He continues to give the invitation.

If you find yourself in need of an encouraging prayer during your own PCS Christmas, visit our Prayer Request Page. 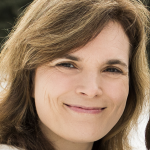