Laughter – the explosive kind, the giddy kind, the empathetic kind – and more laughter.

Tears – the unbidden kind, the cathartic kind – and the “I’m laughing so hard, I’m crying” kind of tears.

The common denominators at our military reunion on the South Carolina coast were laughter and tears.

Over thirty years ago, 135 women were sworn in as Navy midshipmen as part of the Class of 1989. Four years later, 94 graduated and were commissioned into the Navy or Marine Corps. Last month, nearly sixty met for a beach weekend to celebrate our 50th birthdays.

The Navy is even older than we are today, and the answer to this question is:

I was 18 years old when I first donned my uniform, which I wore for less than ten years. Somehow I feel like I’ve indeed been in the Navy for my entire life. The passage of time has not taken “the Navy out of the girl.”

The four years spent at the Naval Academy have always held a special place in my heart. This reunion informed my observation that our shared experience bonded us as a de-facto “emotional combat unit.”

During the reunion, I heard an oft-repeated refrain: “I had my head down and I was just trying to survive.” In the mid-1980s, we cultivated a mindset of preparing to be strong enough to contain the Soviets, win the Cold War, and survive the possibility of being a POW. I fought to prove that indeed I was up to the task.

As John and Stasi Eldredge say in their book Captivating: Unveiling the Mystery of a Woman’s Soul,

I know that I am not alone in this nagging sense of failing to measure up, a feeling of not being good enough as a woman. Every woman I’ve ever met feels it – something deeper than just the sense of failing at what she does. An underlying, gut feeling at who she is.

I was “not enough” financially in that I had to ask for help. Others pointed to what seemed to be “meager” accomplishments or focused on stress, pressure, sadness, and regret. Most of us quickly shared our doubts about coming, about not having “done enough” since graduation.

As the Midshipman’s Prayer says, I want “to live that I may stand unashamed and unafraid before my shipmates, my loved ones and Thee.” I found that I indeed could stand and have stood as a woman of faith in Christ, full of the blemishes of not being “enough.”

In the New Testament book of 1 Corinthians, chapter 13, the author says,

I am no longer the teenager I was at my swearing-in. I have put away much of my childish behavior displayed in the comparison game, the pursuit of perfection rather than excellence, and the “I’ll do it myself” attitude.

“Now I know in part, but then I shall know fully just as I also have been fully known.”

These women know, and share, those four formative years spent struggling to survive. From that era, they know my vocabulary, they share “sea stories” and they “get” me.

Since our departure from the Naval Academy, we have walked through successes and challenges. Pilot, professor, coach, stay-at-home mom, author, doctor, active-duty military, retired, married, single, straight, gay, divorced, Republican, Democrat, Christian, agnostic – we focused not on what makes us different. Instead we let ourselves share emotionally, and in some ways for the very first time – through the laughter and the tears.

At the end of the weekend, I went to Catholic Mass with five others even though I am Protestant. As we held hands during the Lord’s Prayer, my tears flowed as the Holy Spirit connected us on yet another level.

Chapter 13 of 1 Corinthians concludes with:

“But now abide faith, hope, love, these three; but the greatest of these is love.”

Truly we love one another because we survived our crucible with faith and hope, even while we had our heads down.

While we were once sailors and once young, we are now a military sisterhood whose love endures. Thanks be to God.

Check out this song, “The River” by Jordan Feliz

Bio – Kristin Goodrich (KG) has been part of the military community for over 30 years and delights in her military sisters. She sports her Navy gear whenever possible, and loves these shoes hand-painted by her Army friend Kristin Busuego (KB), who also helped her with the memes. KG and KB serve together on the Planting Roots team, encouraging women in the military community. 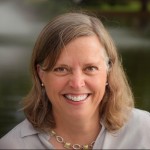