One moment can change everything.

We can all replay those moments in time that have forever changed our lives. Whether someone asked you to marry them, you rescued someone from drowning, or you decided it was time to change careers, we have all had moments that have changed us. We can remember where we stood, who was there, and what went through our mind.

These moments can change our lives for good or not. But if you are like me, I can still replay each of them in my mind. Remember with me the moment a decision had to be made, one that might very well change your life, someone else’s, or both.

I have been pondering these moments lately, both the ones that have happened in my life and the ones I have read about in others. Each of these moments required some sort of courage without knowing the outcome. Would I make the same decisions again? If I were in others’ shoes, would I be able to choose well?

It is not something for which we plan. We don’t always anticipate the need to decide before it arrives, yet we all long to choose well, to be courageous in the moment. Not only do we want to choose well, but we want it to be worth it.

If you’ve ever read Acts 6-7, you have seen one of those moments played out in real time. Stephen, who was made a minister of the church, went about doing some amazing things there in Jerusalem. He was bold. He was fearless. Then he was arrested.

Standing before the Sanhedrin, he heard as others lied about what he was doing. The leaders of the Sanhedrin looked at him and asked, “Are these charges true?” (Acts 7:1) His answer was important. Would he back down and then be let go, probably told to stop teaching about Jesus? Or would he still stand up for what he believed and not cower to the powers that be – being faithful to the One? He had about two seconds to choose.

His answer is pretty amazing. He chose to walk through the history of Israel ending with a conviction of those before him and their betrayal of what God had called the Israelites to do. It was a bold and courageous answer, the result of which ended with them stoning him in the next few verses.

Stephen surely had it. He chose well, but was it worth it?

I would say yes. Courage (doing what God has called us to with our whole heart) is always worth it.

You see, for Stephen, he ended up in the presence of the Living God that day, a pretty good deal in the grand scheme of things. But it was much more than that. This event in Acts caused believers in Jerusalem to spread, to leave Jerusalem, and in turn, go throughout the world and tell people about Jesus. Jesus had already instructed them to do this earlier in Acts and the people had yet to follow those instructions. This event forced their hand, and it has changed the history of the church.

I know Stephen had no idea the effect he would have on Jerusalem, much less the world and its history, all because he was courageous in that moment.

This story challenges me in two ways.

In big decisions and small ones, every single day, our courage to do right and be obedient to the Lord matters. It matters for today, but it may very well matter in history too. My prayer is that we would all be obedient and courageous today and maybe, just maybe, the Lord can change the world through us too. 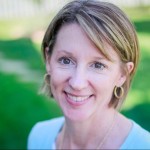