Will you take me as I am?

Will you take me as I am?

I resisted it. Everybody was doing it. I didn’t want to.

Now, I’m a discerner, so it’s hard for me to even listen to a sermon without my theology radar on alert. I find myself thinking, “That’s not quite right” or “He quoted that verse wrong. The Bible actually says…” So, you can imagine that a Disney movie (that is not designed to be theologically sound) would have me on edge.

There was a line or two at the beginning that didn’t sit well with me, but eventually I began to relax and just enjoy the beauty of the story. I found myself laughing at the jokes, energized by the action, and caught up in the romance of it all.

Then, somewhere near the end, when the prince has searched desperately for the girl who fits the glass slipper, there was a scene that brought me to tears.

He has found her. He knows it’s her, but the final proof will be when she tries on the slipper. Everyone knows it will fit, but it has to be done. It is a tender and beautiful moment. The prince has finally found the one he loves.

At this point, Cinderella knows the prince loves her, but she also knows she does not meet all the criteria for the future queen. She is just too ordinary.

I love what she says: “I am nobody. I have no carriage, no parents and no dowry. I do not even know if that beautiful slipper will fit. But if it does, will you take me as I am; an honest country girl who loves you?”

Of course, the slipper fits and they walk out arm in arm. The prince walks out with a big, cheesy grin on his face, looking as if he has just won a million dollars. It doesn’t matter to him that she’s a “nobody.” She loves him and he loves her and that’s enough. She is somebody to him and he’s going to make her “somebody” by making her the queen.

I lost it. I could not control the tears. Isn’t this how Christ comes to us? We don’t stumble onto a relationship with him. He doesn’t accidentally find us. It is a desperate, deliberate search to find us and to show us how much he loves us.

Think about all the circumstances and people that brought you to Christ. If you look back, you’ll see that he was working to get you in the right place, at the right time, with the right people, so that you could hear the right words that would help you see your need for Him.

Here’s the coolest part…just like Cinderella, we have nothing to offer. We are just too ordinary. We can’t perform well enough for Him to love us. We aren’t amazing enough to impress Him. We aren’t so beautiful that He couldn’t resist loving us. In and of ourselves, we are nothing. Like Cinderella, we can only ask Him to “take me as I am.”

Like the Prince, the answer is already “yes” because He has been searching for us and offering Himself long before we were even aware of our need for Him. [fusion_builder_container hundred_percent=”yes” overflow=”visible”][fusion_builder_row][fusion_builder_column type=”1_1″ background_position=”left top” background_color=”” border_size=”” border_color=”” border_style=”solid” spacing=”yes” background_image=”” background_repeat=”no-repeat” padding=”” margin_top=”0px” margin_bottom=”0px” class=”” id=”” animation_type=”” animation_speed=”0.3″ animation_direction=”left” hide_on_mobile=”no” center_content=”no” min_height=”none”][tweetthis]Jesus loves us because He loves us. That’s it. It doesn’t make sense, but it’s true.[/tweetthis]

And I think, when we offer ourselves to him, quite possibly, King Jesus walks around Heaven with a big, cheesy grin on his face, looking as if he has just won a million dollars. It doesn’t matter to him that we are “nobody.” We love him and he loves us and that’s enough. We are somebody to him and he’s going to make us “somebody” by pouring his life into ours. We become who we were intended to be when we reflect Him.

This is how the Lord came to Israel, and this is how he comes to us. “It was not because you were more in number than any other people that the Lord set his love on you and chose you, for you were the fewest of all peoples, but it is because the Lord loves you and is keeping the oath that he swore to your fathers, that the Lord has brought you out with a mighty hand and redeemed you from the house of slavery, from the hand of Pharaoh king of Egypt.” ~Deuteronomy 7:7-8

Israel was a tiny people group, but the Lord loved them and brought them out of slavery, just like the King brought Cinderella out of her bondage.

This is by no means an endorsement of the latest Cinderella movie, but I’m so glad I went to see it. The Lord used it to show me that I have nothing to offer, but He offered me so much. He loves me because he does. I can’t explain it, but I am so grateful![/fusion_builder_column][/fusion_builder_row][/fusion_builder_container] 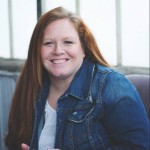 Shaped by Our Scars

Understanding the Call to Serve